The mass abandonment of Bible faith in Jesus Christ is why the world is teetering on the brink of annihilation. What you’re going to read now, presuming you have been indoctrinated with modernism within the last 50 years or so, will probably make you either violently sick or violently angry. Good! If it doesn’t, it won’t do you any good. America received its final call in 1956.

God sent a prophet with the Elijah ministry, William Branham, to restore the original faith of the apostolic Pentecostal fathers.

He fulfilled the prophecy written in Malachi 4. 5-6: “5. Behold, I will send you Elijah the prophet before the coming of the great and dreadful day of the LORD: 6. And he shall turn the heart of the fathers to the children, and the heart of the children to their fathers, lest I come and smite the earth with a curse.”

Many have claimed to be this Elijah, but they were false. You might say: “I would know about it if God had sent this great prophet Elijah to us. Why isn’t it well known?” That’s exactly what happened when the spirit of Elijah came the time before, in John the Baptist. The people didn’t know anything about it till it was over and gone, and John had been executed. Read Matthew 17. 10-13: “10 And his disciples asked him (Jesus), saying, Why then say the scribes that Elias (= Elijah) must first come? 11 And Jesus answered and said unto them, Elias truly shall first come, and restore all things. 12 But I say unto you, That Elias is come already, and they knew him not, but have done unto him whatsoever they listed. Likewise shall also the Son of man suffer of them. 13 Then the disciples understood that he spake unto them of John the Baptist.”
If you want to check out the facts on Brother Branham’s ministry you can download any and all the surviving tape-recordings of his messages free of charge at www.christianhospitality.org.

What I want to go into here is WHAT Brother Branham did. According to the Bible prophecy quoted here he turned the heart of the children [born-again children of God] to “their fathers”. Our fathers are the apostolic church fathers. Heart in Hebrew means faith, like hand means power. Here our faith is promised to be turned back to the faith of our fathers. I want to double-underline fathers. It doesn’t say “faith of the mothers” it says “faith of the fathers”. We’ve been inundated in a sea of filth by modern drug-sex culture and the “faith of the mothers”. God’s faith is PATRIARCHAL. The man is the head of the house, not the woman, according to the Bible. Woman wasn’t even in God’s original creation. She was made as a by-product of the man. She was designed to be Satan’s dupe. She is designed to be deceived by the Devil, and that’s exactly what happened to Eve: she was immediately deceived by Satan. Adam wasn’t deceived, Eve was. Adam knew what he was doing when he sinned, Eve did not. She actually thought she was right when she did what Satan insinuated to her. That is an inherited characteristic. Every daughter of Eve has inherited the same nature as Eve, wide open to deception. That’s why no woman can ever be a preacher, teacher or usurp authority of any kind over a man. She will straightaway be cursed by God if she does so. All so-called churches which accept women ministers are cursed of God and are not true churches of God at all. They are Satan’s synagogues. Paul says that clearly in 1 Timothy 2. 11-14:

“11 Let the woman learn in silence with all subjection.
12 But I suffer not a woman to teach, nor to usurp authority over the man, but to be in silence.
13 For Adam was first formed, then Eve.
14 And Adam was not deceived, but the woman being deceived was in the transgression.”

Anyone who rejects Paul’s teaching is CURSED by God:

“15 But if a woman have long hair, it is a glory to her: for her hair is given her for a covering.
16 But if any man seem to be contentious, we have no such custom, neither the churches of God.”

The woman must stay quiet in true Christian assemblies: 1 Corinthians 14. 34:
34 Let your women keep silence in the churches: for it is not permitted unto them to speak; but they are commanded to be under obedience, as also saith the law.
35 And if they will learn any thing, let them ask their husbands at home: for it is a shame for women to speak in the church.
36 What? came the word of God out from you? or came it unto you only?
37 If any man think himself to be a prophet, or spiritual, let him acknowledge that the things that I write unto you are the commandments of the Lord.
38 But if any man be ignorant, let him be ignorant.”

Now you can see how few true churches of God there are. You ministers so-called who do these things without fear of God and trample all over God’s Word through St Paul and the Apostles: Shame on you! Repent, or perish, you whitewashed walls.

Then, just to make sure you’re put off completely from doing what God says, Satan sends his Catholic (so-called) cohorts of Sodomite pervert priests and sexless morons. Again they trample God’s Word in the dust: they replace God’s great PATRIARCHAL family-system, with androidic loveless pseudo-“fathers”. Paul tells us what these twisters will do:

1 Timothy 4:1 Now the Spirit speaketh expressly, that in the latter times some shall depart from the faith, giving heed to seducing spirits, and doctrines of devils;
2 Speaking lies in hypocrisy; having their conscience seared with a hot iron;
3 Forbidding to marry, and commanding to abstain from meats, which God hath created to be received with thanksgiving of them which believe and know the truth.
4 For every creature of God is good, and nothing to be refused, if it be received with thanksgiving:”

They FORBID TO MARRY and make abstaining from food at Lent and on Fridays some sign of holiness. Then they sneak into households and captivate silly women with promises of being “brides of Christ” and imprison them in convents where they are prey to the vile passions of fornicating priests:

“2 Timothy 3:1 This know also, that in the last days perilous times shall come.
2 For men shall be lovers of their own selves, covetous, boasters, proud, blasphemers, disobedient to parents, unthankful, unholy,
3 Without natural affection, trucebreakers, false accusers, incontinent, fierce, despisers of those that are good,
4 Traitors, heady, highminded, lovers of pleasures more than lovers of God;
5 Having a form of godliness, but denying the power thereof: from such turn away.
6 For of this sort are they which creep into houses, and lead captive silly women laden with sins, led away with divers lusts,
7 Ever learning, and never able to come to the knowledge of the truth.”

It would be bad enough if they just kept this within their own polluted circle. But these churches, both loose protestants in the World Council of “Churches” and nazified “catholics”, through their ill-gotten gains, land, money, investments, pollute the rest of society by influencing legislation and politics. They attack the patriarchal family with every filthy weapon in their arsenal. They promote Sodomite (“gay”) laws and other anti-family policies to break up the patriarchal family, just as the serpent did in Eden. Now you so-called Bible-believers. Get filled with the Spirit of Christ and reject this modernistic garbage. Get back to the Bible. The man is the head of the house. The woman has no say in politics, or anywhere in the pulpit, or in authority. Away with these ridiculous women judges, female police officers, soldierines, female monarchs, and politicianesses. Women have no right to vote, they should stay in the kitchen. The Word of God condemns their illegal usurpation. Who would dare to say the great Reformation prophet John Knox didn’t know what he was talking about re. Bible teaching? Well then, just go to the following links if you want to see what John Knox said about the “Monstrous Regiment of Women” — HTML at www.christianhospitality.org/resources/knox-regiment.htm and PDF at www.christianhospitality.org/resources/knox-regiment.pdf. The US Constitution is NOT the Word of God, and the pity is it has been twisted out of all recognition from the Christian and godly document it once was by the insertion of the women’s voting amendment which DEPRIVES all true-blooded US males of their GOD-GIVEN rights to the headship of their wives and household members. DON’T CALL YOURSELF A BORN-AGAIN CHRISTIAN IF YOU GO ALONG WITH THIS HOGWASH. Because you have flooded the world with moral filth, church-going America, you have let down the spiritual barriers. Now a set of desert fuzzy-wuzzies have you trembling in your boots. You weaklings. Get a Bible backbone. 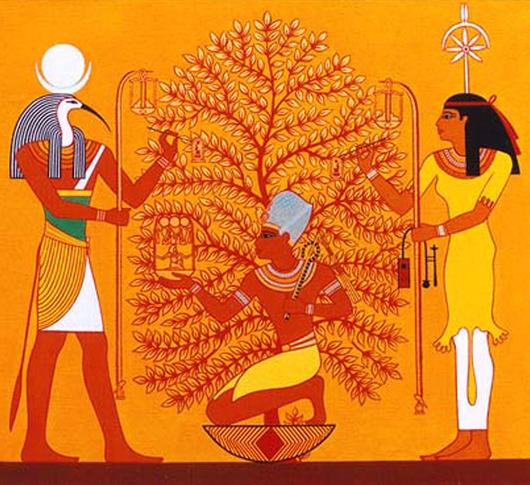 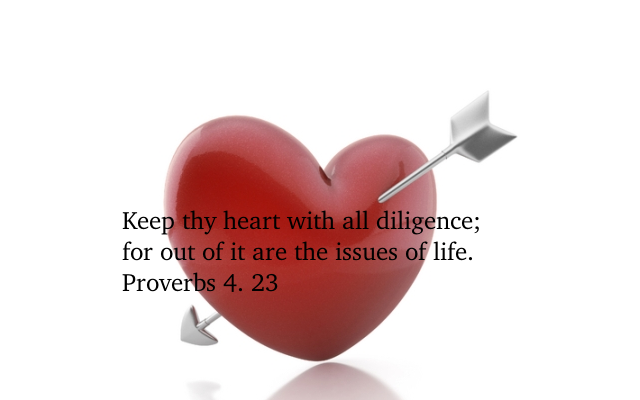 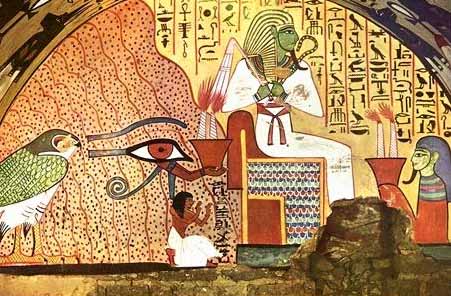 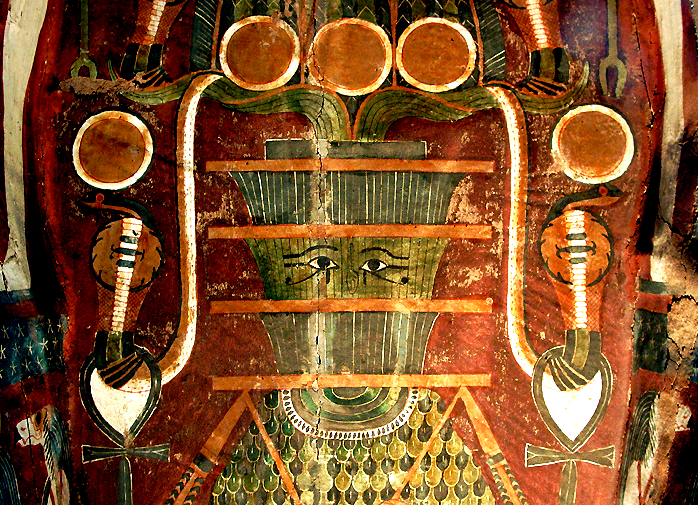 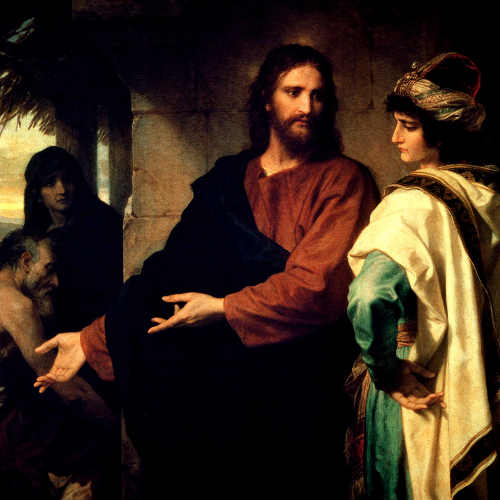 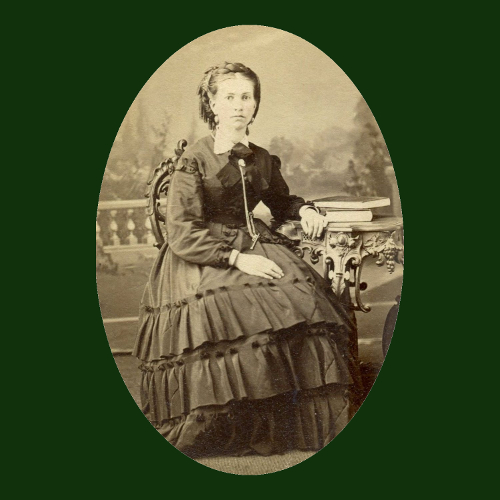 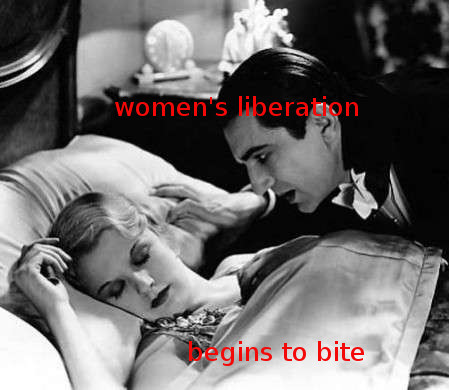 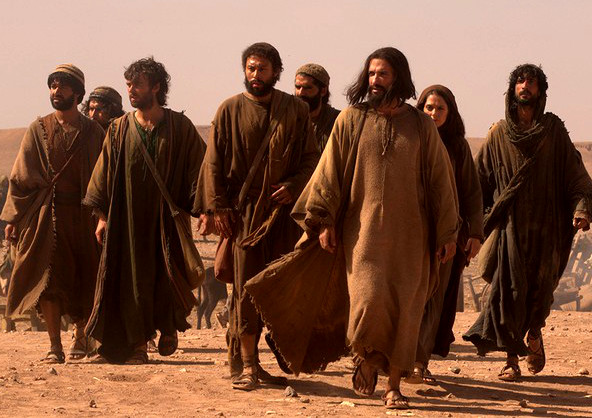